A Visit with Saint Ubaldo 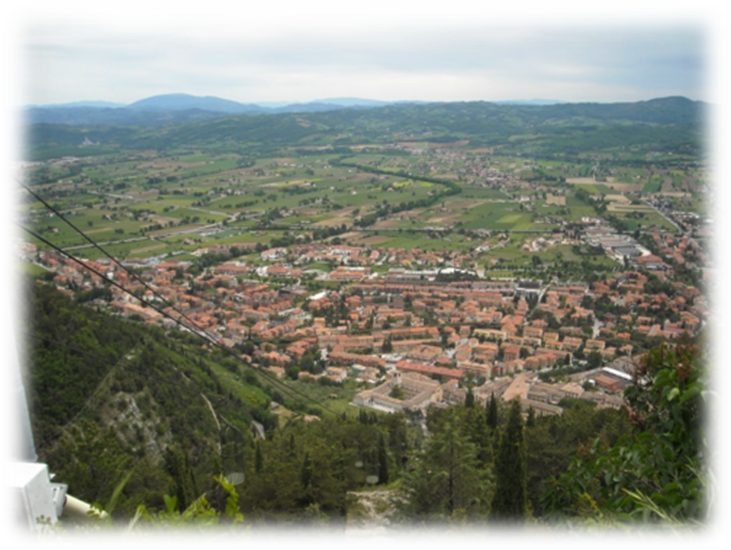 Last year while traveling through the northern region of Umbria, my wife and I decided to take a day trip to the medieval town of Gubbio. We learned that only a few days before, this small town was overflowing with visitors for La Festa Dei Ceri (The Festival of the Candles).  The annual event featured teams of locals running through the streets carrying large wooden platforms!   Sounded like fun – but we were very grateful for a peaceful stroll along the quaint stone streets.  After lunch, we decided to take a cable car ride up the slope of Mount Ingino at the edge of town.  The “cable car” was actually a basket for two which for me was somewhat disconcerting – but when we reached the top, the view of the town below was breathtaking!  Following signs for the Basilica of Saint Ubaldo, we came upon a rather plain looking small church - Italy’s known for its spectacular churches but this wasn’t one of them.  When we walked inside my attention was immediately drawn to what appeared to be a glass enclosure sitting above the Alter, but we decided to sit in one of the small wooden pews to say a prayer.  The church interior was peaceful yet somber, and we could hear tranquil, soft music playing in the background.  As we approached the Alter I realized why the glass enclosure was there – lying inside was Saint Ubaldo himself!   After our trip, I became curious – who was Saint Ubaldo – what was his story? 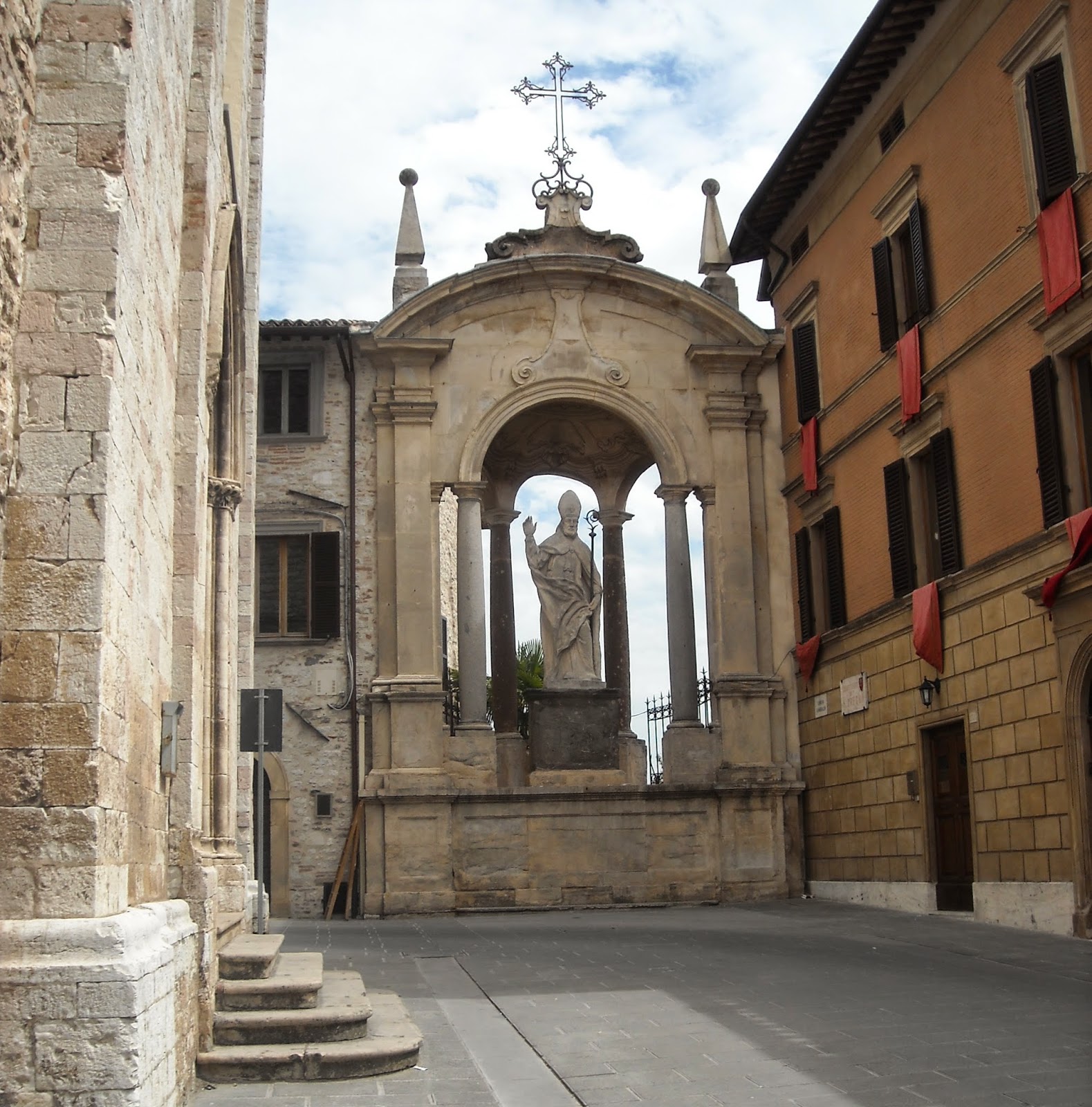 Ubaldus Baldassini was appointed bishop of Gubbio in 1129 – he was a kind man who spoke of peace and forgiveness.  It was written that he once left the safe confines of the city walls hoping to thwart an impending attack.  He convinced the would-be aggressors to lay down their arms and saved the town from being destroyed - but while he was gone the city erupted into chaos fearing he had been killed.  When Ubaldo returned he climbed on a wooden platform and was rushed through the streets by several men to reassure its citizens that he was alive and well. After his death he was venerated as patron saint of Gubbio, and today his body rests peacefully inside the Basilica on top of Mount Ingino.  On the streets below, every May 15 during La Festa Dei Ceri, his memory lives on as men hoist wooden platforms holding candles (ceri) and proudly race through the streets in his honor.

Our serendipitous journey up the mountain to this small basilica gave me yet another opportunity to learn something about this wonderful country and its people.  I couldn’t help feeling a little sad during my visit with the saint that day (like paying last respects to an old friend), but I could feel the strength of his spirit.  It’s been over 800 years since his death, and that spirit still remains in the hearts of the Italian people - perhaps someday we’ll return to Gubbio during La Festa Dei Ceri and have an opportunity to honor him as well!
Posted by Unknown at 12:11 PM No comments:

Visit our other blogs